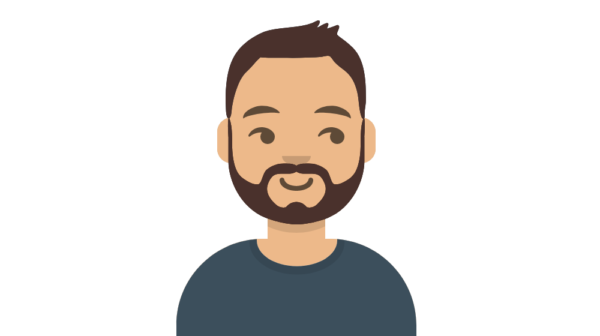 Circumcised at 28 in Germany: Nick’s story

My Name is Nick, I got circumcised at age 28 for personal preferences after years of deliberation. I don’t really know when my interest in the topic started but I have been thinking about getting it done for a while before actually making the decision to go through with it and start looking for a doctor.

I kind of always liked the look of circumcised dicks better then my own, although I consider myself a heterosexual male. For me it looked a lot manlier with the head constantly exposed and seeing one for example in the gym showers or maybe during a circle jerk with my buddies, it kind of always got me excited. Here in Austria, however, it is a very rare view, with a prevalence of under 20%. Most of those guys either have a Jewish or Muslim background or are circumcised for medical reasons at a younger age.

Before my circumcision I had a long foreskin that usually covered the whole head, even when hard. I also had tighter frenulum, which made keeping my foreskin retracted during the day or during sex impossible, although it would roll back and forth very easily. I tried wearing it retracted on a daily basis several times but all methods I tried (taping it back, the spoon methods as well as several different rings/clamps) were unsuccessful. I never liked the feeling of condoms, as they would create a weird sensation with the foreskin on my dick.

How did you choose your clinic?

I live in a large city in Austria so you would think it would be quite easy to find a suitable doctor but it turned out to be harder than I thought. There were only a handful of doctors that even offered voluntary circumcision and the ones I consulted either gave off a very strange vibe or the fees they charged for the operation were horrendous.

I did a lot of research looking for clinics in different cities as well as in Germany, and ended up booking my operation in a small practice in small city in Germany after a few very positive email exchanges and phone calls with the doctor.

What style did you want? What method?

I thought a lot about the style I wanted. I always liked a high circumcision more than a low one but I was sure that I wanted a tight style. In the end I decided for going medium high and tight, with about 1-1.5cm of inner foreskin left on my penis, with he frenulum removed. The doctor I chose only offered freehand circumcisions.

What happened at the clinic?

Since I had to travel quite far for my appointment and I was scheduled early in the morning, I decided to arrive a day early and booked a really nice hotel for a few nights.

I arrived a few minutes before I had my appointment and was sat down in the waiting area for a bit. After a few minutes I got called into the doctors office to for a final discussion regarding style and procedure. I dropped my pants, he got out a marker and drew some lines on my penis and foreskin for guidance. After that I got dressed again, signed the paperwork and paid for the procedure at the front desk.

After waiting for a few more minutes, I got called into the procedure room and was told to undress the lower part of my body and hop on the operating table. I got a needle and sodium chloride IV solution stuck into my arm, as a precaution in case I should get nauseous or pass out (which didn’t happen, fortunately).

The doctor and his younger male assistant made some final preparations, such as preparing the instruments and covering my lower body with some towels. They started disinfecting my groin, which to be honest was the worst part of the whole procedure as it burned a bit.

My penis was numbed with lidocaine injections which were not bad at all. The weird part about it is that you are numbed of all the pain but you still feel touching and handling of your penis.

As I had a table set up over my upper body that was also covered in surgical towels, I was not able to observe the operation. To be honest I was also not really keen on it!

The whole process took a little less than an hour and was completely pain-free. The weird parts were when he used scissors to cut into my skin as the sound of it was really strange. Same goes for the cauterization of blood vessels, which made an odd, sizzling noise. The only part where I felt a bit of mild discomfort was the stitching and yes, there were a lot of stitches.

After they were done, the doctor showed me the final result and I was really pleased with the outcome. Sure my dick looked beat up like hell but there was no skin covering my head any more. They put a lot of iodine cream on the incision and showed me how to apply the dressing. After that I was good to leave, with a prescription for dressing material, more iodine cream and some mild pain killers.

How was the recovering and healing period?

To be completely honest, I was surprised about how uncomplicated the whole healing process was. I had some pain about an hour after I walked out of the doctors office. It was an intense burning sensation not only on the wound but all over my penis, which turned out to be the lidocaine that was slowly dissolving. After about an hour it was all gone and I had no more pain from there on in. Whilst there was some slight discomfort during the healing process there wasn’t any considerable pain.

I stayed at the hotel for the day, watching TV and just applying ice to my groin area. The first night was a bit rough, as I was scared to get an erection during sleeping, which happened anyway but this was not a big deal. The resulting discomfort made them go away pretty quietly.

I was asked back into the doctors office the next morning and he had a final look on it. There was no bleeding and the wound looked good. I stayed in the hotel for an additional 2 nights and then drove back home. On the day after the procedure I was already able to do some light sight-seeing in the area.

The whole healing process went really smoothly. I hated the stitches as the were really itchy and uncomfortable. They started to dissolve after about a week but I was told to pull out the remaining ones after 10 days latest, in order to get a nicer scar. It was really easy to get most of them out with tweezers, I only had to use scissors on the frenulum area and at some more stubborn stitches. At this point disinfection is key! I had already stopped using the iodine cream and dressing (as it was super messy) a few days prior but I applied both on that day again in order to prevent infection.

The wound was completely closed at that point and the only area that was still a bit tender was round the frenulum (or where it used to be). I was able to hold back jerking off for about 2 weeks but at that point I couldn’t take it any longer and slowly and carefully did it with lots of lube!

I put in a lot of effort in making sure to take good care of my scar. I used silicone based scar gel right after the wound was healed completely during the day and bi-oil during the night.

When I applied it, I massaged the scar with my fingers to make it smoother. I think it worked very well and after a few weeks the tissue was smooth and flat again.

Did you have any problems?

No problems at all! Sure I had to get used to the bare head rubbing against my underwear, which was uncomfortable, but that was gone after a few weeks.

Are you happy with how it turned out?

I am very happy with the result and can only recommend it to everyone who is thinking about it. I just wish I would have done it earlier.

How has it affected your life?

Sex did not change much, which really surprised me! If I have to use condoms it feels better however and there is a lot of direct stimulation on the head.

I am really happy with how it turned out and can only recommend everyone to consider it.

I would also like to thank Ryan for the opportunity to share my story here and for the great website! Feel free to ask any questions that you still might have, I will try to answer them as well as I can.

2 replies on “Circumcised at 28 in Germany: Nick’s story”

Great results! You should be proud of it. Congrats and welcome to the club!

Well done wish I had your courage to go through with it. Want it but are still scared.